Grey, black and red squirrels often provide entertainment to the residents of urban environments, and aid in the distribution and planting of tree seeds throughout the city.

They can also cause those same residents considerable headaches as squirrels are a very determined and persistent animal when they decide to make your house their home. Active during the day, you will normally hear squirrels in the early morning and occasionally throughout the day. They have two litters in a year, one in the spring and a second in late summer with 2-5 babies per nest.

The greatest concern with squirrels is they pose a considerable ﬁre hazard. Their front teeth are always growing, so constant chewing is necessary to keep them short. Often electrical wiring and wood framing in the attic is their preferred choice for chewing. They also compact insulation causing considerable heat loss to your home.

When we remove squirrels from an attic or roof, we do a thorough inspection around the entire house to locate all of the entry holes. In addition, we also are looking for any other vulnerable areas which might allow future squirrels areas for reinfestation. A squirrel one-way door is installed on the entry point which allows each squirrel to exit the attic, and closes behind it, preventing re-entry. We then repair and squirrel proof each area to avert any future problems.

Squirrel removal from a chimney is done the same way, but we then install a animal proof chimney cap to prevent future problems.

Special attention must be paid during baby season. We do a thorough inspection of the attic or den site to locate any young. If present, we gather them up and they are placed in a release box on the outside for the mother to relocate when she exits through the one-way door. 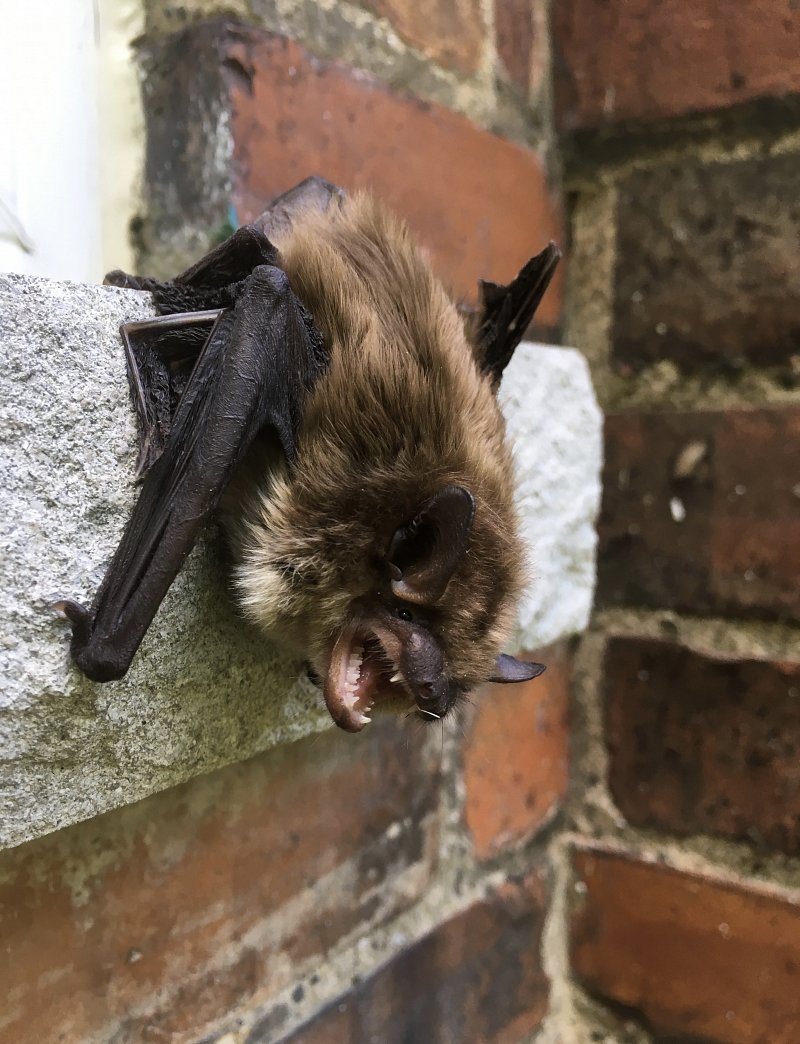